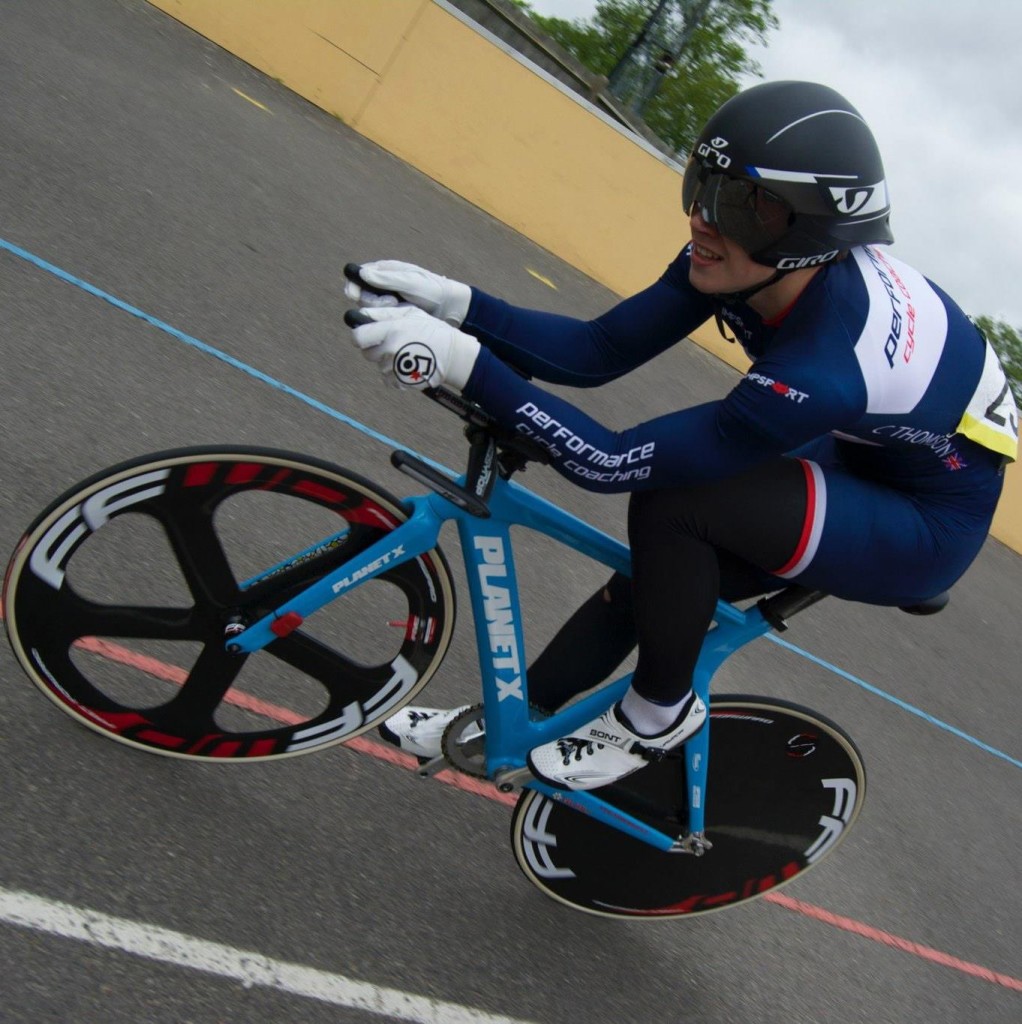 The weather forecast didn’t look great for the weekend for the opening Omnium of the session, So when I woke up at 6 and looked out the window I wasn’t sure that the event would go ahead. After passing through several showers on the 2 hour drive to Poole my expectations for the day dropt and thoughts of what else I was going to do rather the race came into my head.

Sign on was due to start at 8 with rider briefings at 9, but it was very clear from the lack of activity from the organisers we would be starting on time, if at all.

Firstly we were told that we would have to wait for the damp velodrome to dry out and that we would get more info at 10, then at 10 it would be 11. Everyone by now was very bored and becoming distracted, I tried to make the most of my time by revising for my upcoming mocks.

I had set out with an expectation of riding well and achieving a top 5 place. This would put me in the running for qualification to the national final in Wolverhampton in June, something I’ve achieved every year since 2010. Every year I have trained specifically for these events but since starting working with Helen Scott in December 2014 all my training has been for my main objectives of sprinting.

At 12, we were told that racing would start at 12:30 and the full programme would be run. With a strong headwind in the home straight I didn’t get the best starting position for the Kilo TT. The wind also interfered with the chief coms instructions and I missed the “over to you mr starter” when the gun went, I wasn’t prepared and had to just GO on the G of the BANG. I felt real strong and got off the line quickly and settled into my areo position in the back straight and pushed, I wanted to really smash the 500 and hold on for as long as I could, at 750 I felt my legs tie up but pushed on, coming around the last bend I was really hurting and the finish couldn’t come quickly enough. Being heat 2 of 6 I didn’t know if 1:12:37 was enough so had to wait to see if it would be. When one rider I would have expected to be quicker than me achieve 1:12:70, I thought I’d done OK. When the results came out, I was amazed to see I was second quickest and missed out by .17 of a second, Gutted, if only the wind hadn’t blown as hard when the instructions were given, but Hey, there’s more to come.

The weather continued to threaten the event and the wind continued to blow, so next came the devil. Never my best event, but not wanting to lose the advantage from the TT I gave it my best. Riding strongly at the front for lap after lap pushing the wind I knew I couldn’t last, so it was time to get technical. Dropping to the back after crossing the line each time round then over the top coming out of turn 4 catching people out. I was particularly pleased when one such move removed my nearest rival placing him in 5th so inspired I continued and finished 3rd. This had now secured my joint 1st with the winner of the devil.

Going into the scratch race there had already been a further rain delay and we were briefed how our race would be stopped or on a whistle reduced to 3 laps so to be prepared. As everyone was expecting a short racing those endurance types hit the front and the pace was high. Hiding in the wheels I felt comfortable but knew it could rest on this race. We continued to circulate and the pace pushed on, after a couple of attempts a rider got away, I stayed with my main opponent and forced him to chase, as we came around for the bell lap the lead was about 50 meters and I was in second, so off turn 4 hit the gas, as I rounded turn 1 I was passed but jumped onto the wheel and we pushed round to the line, finishing third but knowing I had secured second.

As we finished the rain came in and the event was declared run. I can’t say I was disappointed to miss out on the sprint and points races but was very satisfied with the result.

I was extremely proud to stand on the second step of the podium in my Performance cycle coaching kit and accept  my prize money.

Going into the event I wasn’t sure how I would perform as Helen and I have been working on sprint performance, The training programmes Helen has set has increased my power and strength and the results over the greater distances surprised me. Without Helen’s guidance and constant support I don’t think I would have been able to achieve this and am really looking forward to the next round at Reading on 9th May.