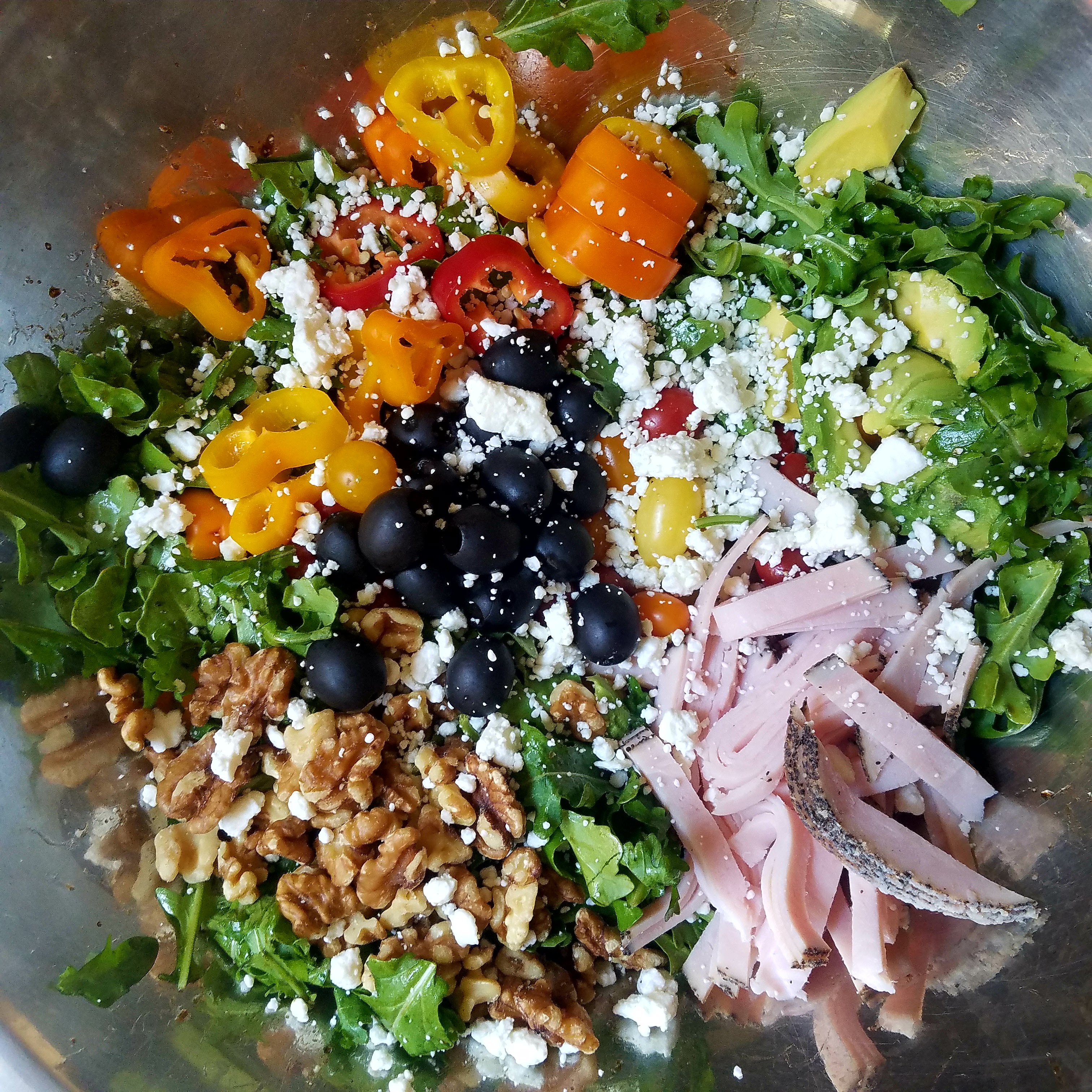 In 2001, I finished my first Ironman at Camp Pendleton, CA

A decent mid pack time of just under 12 hours, not bad for a guy that physiologically is the definition of mid pack. I’ve been thinking  I’d like to give it a go again in 2020, racing the 55 AG and get a 20 year comparison.

The reason  for bringing up the IM is I’ve been thinking a lot about how much the prevailing wisdom on exercise and everyday nutrition has changed in the last 20 years I’ve been competing in events and coaching endurance athletes.

I’m as capable of being swayed by the next magic bullet as the ordinary Joe on the street, and I’ve tried a few things. This year it was a higher emphasis on good fats in the diet, I tried some intermittent fasting, and I’ve given a lot of thought to ketogenic and vegan options. Personally for me I haven’t been excited about the blood lipid panels I’m seeing, but I do feel stronger, less hungry,  and more mentally sharp.

One of the biggest benefits for new athletes  working with a coach is the accelerated learning curve. Hopefully, I’ve made all the mistakes for you, at some point! Improving the diet for a mid pack endurance athlete  is usually the biggest  bang for the buck  performance change one can make.  Some of the benefits received are improving body composition, recovering better, sustaining less injuries, and having more energy to train and race. 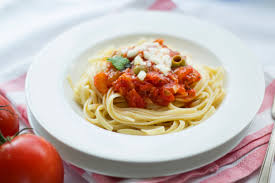 My Typical Day in 2001
I’d wake up after 5-6 hours of sleep eat 2 cups cooked quick oats with a banana, honey, and milk.  Head out the door and go to the gym,  where I would swim or lift weights, then arrive at  work by 6:30 am. We had lots of donuts and bagels in those days at the workplace, most of the workers were younger and didn’t have pre-diabetic conditions like they do now in their 50s. So very often, a snack was a couple of treats with a cup of coffee. I had lost 30- 40  lbs since starting to race and in my workplace culture  I was considered very skinny at 205 lbs, kind of a health nut. I’d head out to work in the field  and a couple of times a week get a latte ( they didn’t have pumpkin spice back then!). Around 11 or noon,  I’d usually stop for a super burrito. At the time, I was pretty much a vegetarian but not such a big fan of eating vegetables, so lots of sour cream and cheese in an attempt to get in more protein . A super burrito in East Oakland is easily the equivalent of two normal sized burritos.  If I didn’t work late, I’d head home after a 10 hour workday and grab some sports drink and a bar, then head out for a run or bike.  When I got home,  I would eat pasta with lots of French bread or pizza because, you know, carbo load.  Surprisingly,  I would be hungry again around 9, so I’d often have a bowl of cereal with honey . I would try to wind down by 11 or so while reading posts on the Dead Runners Society newsgroup via a blazing fast 56k connection.

On the weekends, I’d get up very early to eat before heading out for the long training, especially with the two cups of oatmeal, etcetera ,  to quasi digest before moving vigorously.  I tried to drink 300 calories an hour with various sports drinks  and take in gels/ bars on top of that but constantly struggled with GI issues. I was terrified to eat a salad or anything green!  I have training logs from that period and I trained 15 hrs a week on a rest week and 22-25 on long weeks leading into the races, so really I managed my weight with a huge training volume.

The crazy thing is those numbers aren’t really embellished! YIKES.  If it wasn’t for the long hours training and blowing apart my endocrine system as well as being  relatively young at 35  I would have easily gained lbs on a weekly basis. 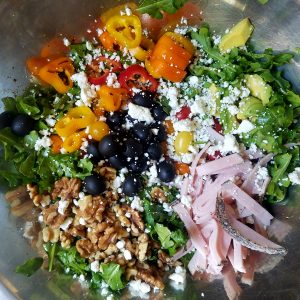 These days I’m focused much more on overall health and strength. I mostly do trail races and long fun  rides, although I’m signed up for a marathon on December 2 and just finished a middle distance Spartan race. I focus much more on sleep these days, averaging 7.5 a night with a great sleep hygiene ritual. I train 7 hours a week or so, mostly bike commuting with daily 20 minute strength  sessions mixed in with longer weekend days.

Just the difference in real nutrients is stunning.  I typically don’t eat before going running in the morning now, preferring to start drinking a sports drink within 10 minutes of beginning exercise, then eating small bites of real food or bars that resemble food every hour. No GI issues at all. I do eat steel cut oats before long days ( over 3 hours) on a bike, but skip any honey or other sweeteners, preferring a couple tbs of almond butter for flavor.  I find I have a strong insulin response if I just hit my system with sugar first thing and the performance suffers for an hour after beginning exercise.

I think a LOT about recovery food after a hard session. I roast up sweet potatoes and keep them in the fridge, or order a vegetable and chicken saute over brown rice from the Thai place down the street. I focus a ton on hydration . I don’t eat “pre race” meals anymore, but I do think about easy to digest foods. I’ll never eat a plate of congealed pasta at a race dinner again. The log I posted above I went to a coaching meeting that night where the hosts were gracious enough to provide some very good local pizza. I had a slice and enjoyed the hell out of it.

You might notice I ate 40G of fiber in the log from 2016 and theoretically ate 59G in 2001! That actually surprised me quite a bit! I eat WAY more vegetables these days!  The average Americans’ fiber intake is 15G a day, this is something I’m focused on personally improving in 2017.  Buying a small blender and chopping up 3-4 cups of greens , fruits, and  vegetables for a drink every morning the last month feels fantastic. I’m fascinated by the research into the gut biome and how it affects our daily lives and thoughts. 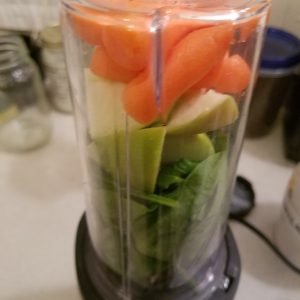 Comparisons 15 years down the road

Coaches love to measure and test. I wish I had better data that wasn’t skewed by aging, reduced training volume, injury, and endocrine issues.

Heres what i do have-

I’d conclude by saying the old saw about” I wish I knew then what I know now”  is so true. I can only imagine the power numbers and times I could put up with a 30 year old me eating and sleeping like I do currently.

Heres some real pictures of real food I ate over the last few months. I’d love to hear what you’re doing to gain energy, sharpen the mental game  and improve body composition! 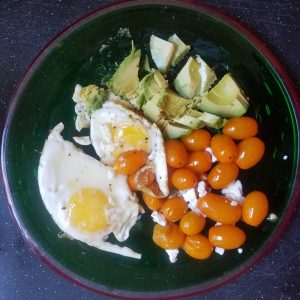 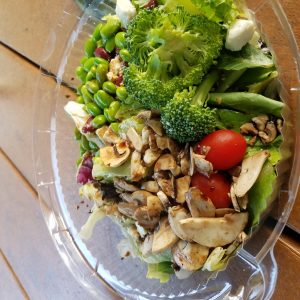 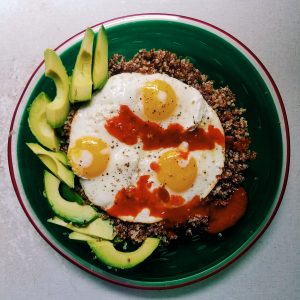