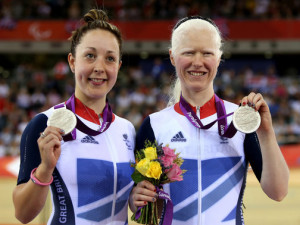 Having failed to make the National Junior track squad, I was concerned that a top quality coach would be a hard person to find in this country…until I met Lee Povey.

From the very first day that I met him, I knew that he was the guy that could make me a better bike rider, and so far he has proved me right. Lee is a fantastic coach, not only because of his experience and knowledge both nationally and internationally, but also because of the fact that his love for what he does reflects onto both my training and myself. His ideas behind his coaching strategies are simple yet extremely effective, and the training he sets me has enabled me to enjoy my cycling more than I ever have before. Lee takes an active and enthusiastic interest in my weekly training and progress, and he is always there at the end of the phone whenever I need his help, no matter how trivial the problem or question is.

Together we have set goals, targets for next year and beyond, however my progress has been so dramatic since he first started coaching me that I have reached some of them already! In the four months that Lee has been coaching me for; my performance has improved beyond what I thought possible in such a short space of time. However Lee’s ability as a coach goes far beyond just improving my sprinting performance. Lee has given me not only the most interesting, demanding and rewarding training that I have experienced so far, but he has also inspired in me the most vital component to a cyclist’s mind, a confidence in my own ability to succeed. Lee’s personal, professional and friendly approach towards coaching has enabled him to get to know me as a person and as a bike rider, and he knows exactly what to say and do in order to get the best out of me.

My most successful National Junior Track Championships so far have just taken place, with no fewer than two personal bests and two silver medals. Therefore I feel very privileged to have found Lee, and I look forward to what I may be capable of in the future with his help. My ambitions as a track sprinter lie at the very top, and I am confident that Lee is the person who will get me to that level.

Update, since writing this Helen was selected for the Great Britain track sprint team and we at Performance Cycle Coaching are very proud to say she won Silver and Bronze medals as a Paralympic tandem pilot at the London 2012 Paralympic games.