If we had everyone in a Strava  group to make this easy! Actually , using the Training Peaks dashboard to collate data  wasn’t that difficult! We were really impressed by all the hard work the endurance squad put in in 2016. Realize we have a cross section of people whose goals range from  finishing centuries to Ironmans to cross and track races. A truly impressive bunch of dedicated people that we enjoy interacting with on a daily basis. The Endurance squad, by the numbers.

We also added a couple of excellent training platforms in 2016 that deserve mention. One was partnering with Precision Nutrition on delivering a daily coaching lesson and habit . This has gotten rave reviews from our Premium clients who identified body composition and better overall health as limiters last year.

Second was Best Bike Split, giving us access to some of the best time trial pacing  and situation based aerodynamic information out there no matter where an athlete is on the globe. We look forward to working more with our athletes via these platforms in 2017.

We’d like to share a few of the notable  athletic performances of the past year with you. This isn’t an exhaustive list. One of the truisms of endurance sport is many of our biggest victories come when we are training, often alone, over ourselves. 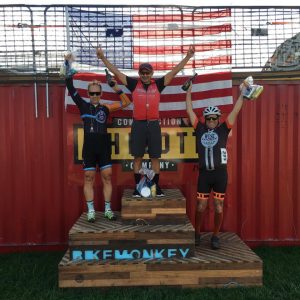 Bev’s summation better than we c 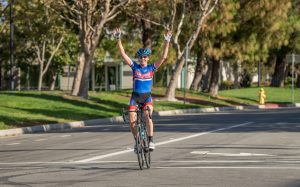 It’s good to look back in time and remind yourself of all the successes you worked so hard for.  We’re all so competive its easy to get hung up on what’s happening at a given moment in time (especially if its negative like a busted clavicle) and forget the good stuff.

Cycling wise, 2016 was a great year for me, a breakout year really.  I was disappointed in my results at two of the big end of the year events ( track nats), but in every other category I rocked it.

*I was simultaneously the Master’s Nor-Cal District Champion in track, crits, and cross.

*I started racing road with the P123s again and felt confident, competitive, andstrong.

*I won the District’s 50+ crit with a solo 7 lap off the front breakaway, won 3 of 4 primes, and had a blast with my teammates.

*Had wins in both the Elite and Master’s District Track Championships.

* Took 3 seconds off my previous best time in the IP (?). Stoked for thatone.

* Took a silver in the Scratch race at Nationals.

* Continued to work with my coaches to improve my fitness and dial in my road racing and track position, strategies, and techniques.

*Rode the farthest I’ve ever gone in one day (and 3 days) with two cool guys and now am all fired up to do more looong rides. 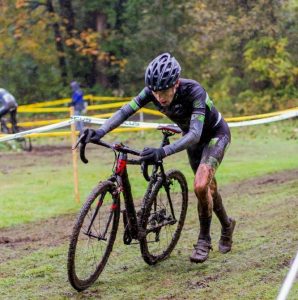 2nd on GC after 4 stages

Bill has done an incredible job recovering his health in the last year, as well as starting to race again at the NY Masters Track  State Championships.

Bill lost 27 lbs in 2016, radically changing his diet  and blood panel results. He also gained 70 watts  raw threshold power, combined with the weight loss moving him up almost an entire watt in the W/kg metric. Bill will tell you that he’s a work in progress, but he already is the lightest he’s been in 20 years.  We are looking forward to the 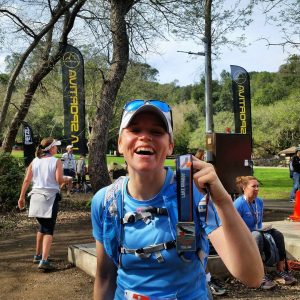 1 year mark of the ProCoach nutritional program with Bill and taking some pictures!

Sue had a big year planned in 2016, stepping far outside her comfort zone and balancing a demanding work schedule and family life.

Several goal Ironman and 70.3 races went completely sideways for her due to factors out of her control, but she has done a wonderful job of keeping focused and moving on into 2017. 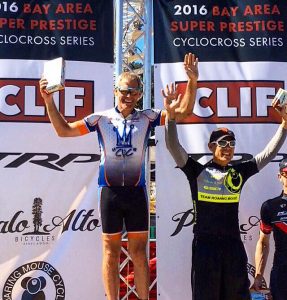 An awesome season after a very serious injury last summer. Lots of time on the podium but maybe more meaningful was the return to the Downieville All Mountain race after leaving in a heli last year. 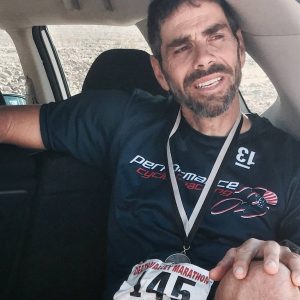 in addition even though Coach Cheetham took the year off focused racing to take care of family responsibilities, he still fit in a Death Ride finish, a Spartan Race, several trail 10K races, and the Death Valley Trail Marathon. He would like to thank Sue Pilipauskas for talking him into or at least bringing up doing the Death Ride and Death Valley(there is a theme there maybe?) , both bucket list events for him.

Sometimes our successes aren’t all on paper. We mature as athletes or have setbacks of various kinds that need addressing. Congratulations to ALL the PCC athletes on their hard work in 2016. We are very committed to MAXIMIZING YOUR PERFORMANCE in the coming year!